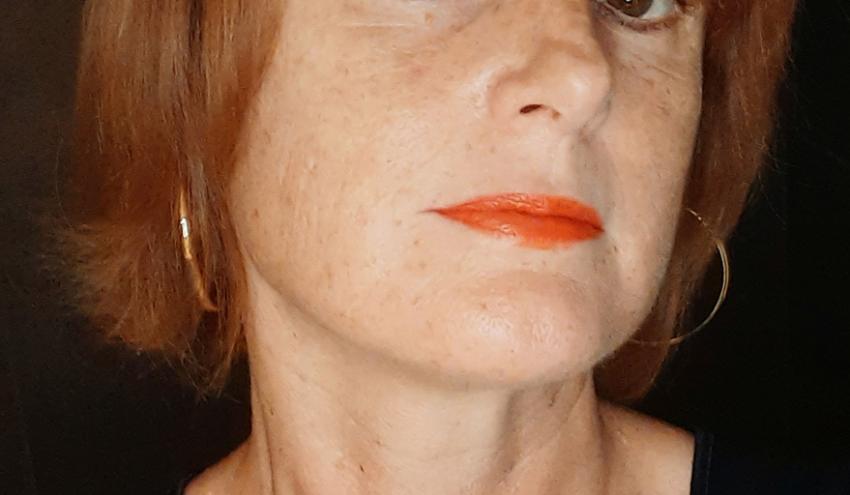 "Art is the journey of a free soul"

The work of painter Christel Hamerlinck is both varied and diverse. In terms of content, form and technique, this versatile creative artist is fully at home in all aspects of her art.

On closer inspection, however, the viewer may discover a certain constant factor in her work, one that rests on major elements of creation.

On the one hand, Christel deals with socially linked subjects, conveyed mostly by bright colours, while on the other, she expresses her own womanhood, her feelings, in short: her inner-self by way of soft, predominantly brown-tinted pastel shades.

Hamerlinck shudders at what we are all faced with in this world: the injustice in our world, the inequality, the fear, the injustice, the loneliness, the desolation, the flight from death and danger. In short, everything the media throws at us on a daily basis, and which comes across as morally unacceptable. That, she articulates by means of paint and brush.

From time to time, Christel Hamerlinck plays with linear, geometric and abstract forms, usually in bright colours and black. Black reflects boundary, demarcation or, conversely, it balances the fragments that make up the painting in her own daring way.

What fascinates me most, however, is the expressive power of herself as a genuine woman. The female person becomes a unique earthly being with her own soul: the own self with its own forms... Yet, all the time it is one of a woman vulnerably set in the jungle of contemporary society.

Christel Hamerlink’s paintings testify to a strongly committed human being who stands up for women in general, for their rights, fears, sorrows, and their loneliness, crying out for support, security and love.

Strongly devoted to her topic, Christel also puts the strengths of women in the spotlight: empathy, a sense of responsibility, tenderness, sensuality, trepidation, but above all passion. And all this is had from the font of her own feelings.

At times, the craving for contact -as it were- drips from the canvas.

Christel Hamerlinck knows how to set the right tone in her work. In the expression of her tender and vulnerable subjects, the viewer can almost feel the brush touching the canvas: hesitant, gently vibrating... while certain parts of the painting often remain blank, while the viewer watches with bated breath.

In her socially critical works, she wields a steady hand and graphically expresses her opinion by way of bright colours and strong brushstrokes often with impasto. These images grab the viewer by the throat: you cannot but become involved yourself. And yet, you cannot flee the scene.

"Art speaks where words are unable to explain"

Among these emotionally laden paintings, one can also find a playful carousel of lines and circles, an apparent 'spielerei'.
Yet, then again, she refrains from frivolity in other works.
This is exactly how Christel Hamerlinck works, swaying between seriousness and cheerfulness, between commitment and playfulness, between yin and yang. With her typical dedication she guides the viewer through her works. And thus, along the way, we get a striking picture of an exceptionally talented artist.

Schrijf U in op
onze Nieuwsbrief