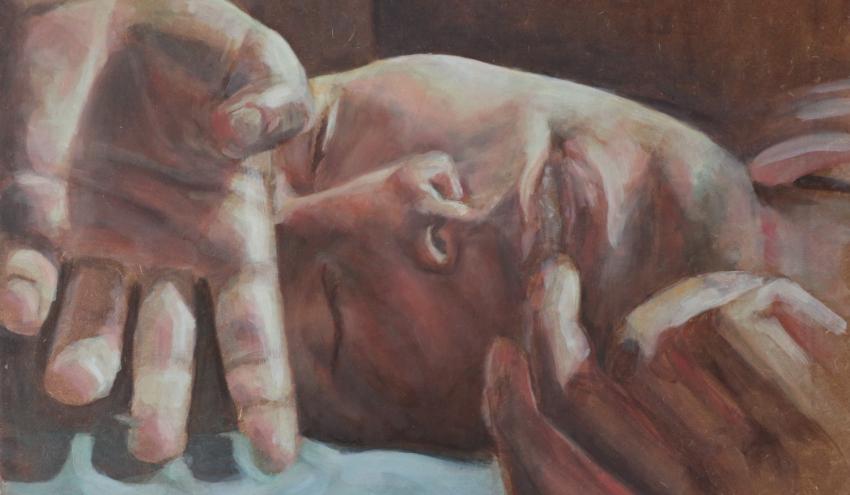 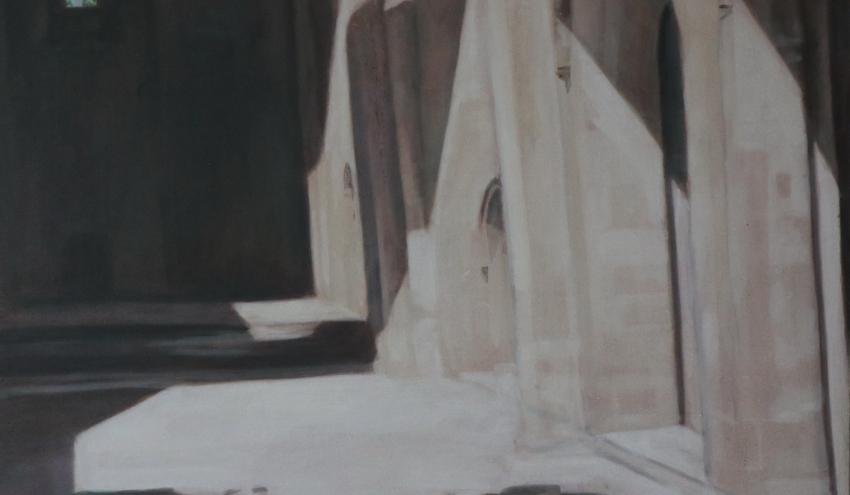 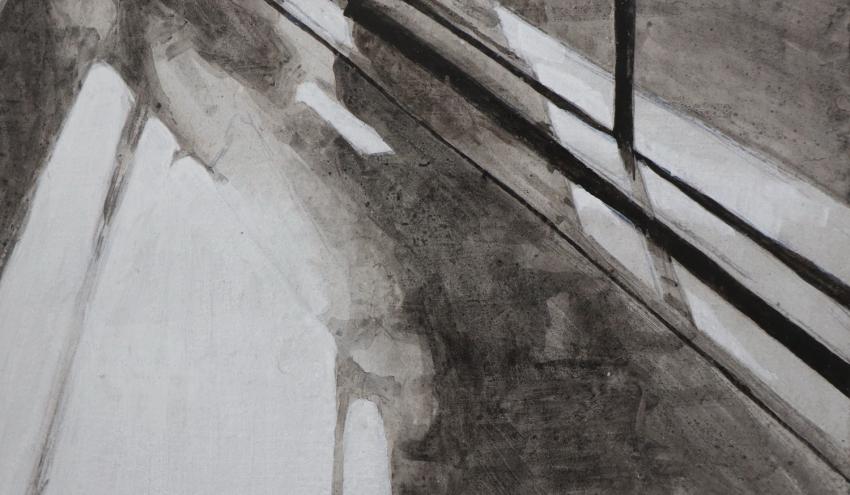 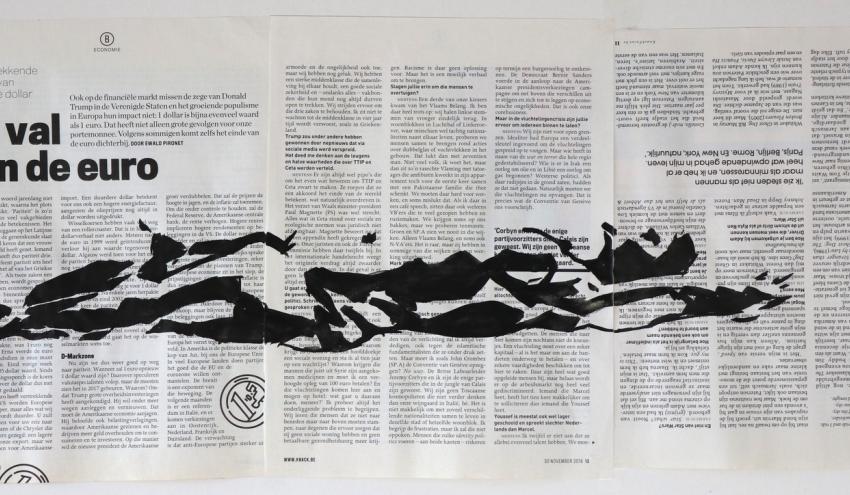 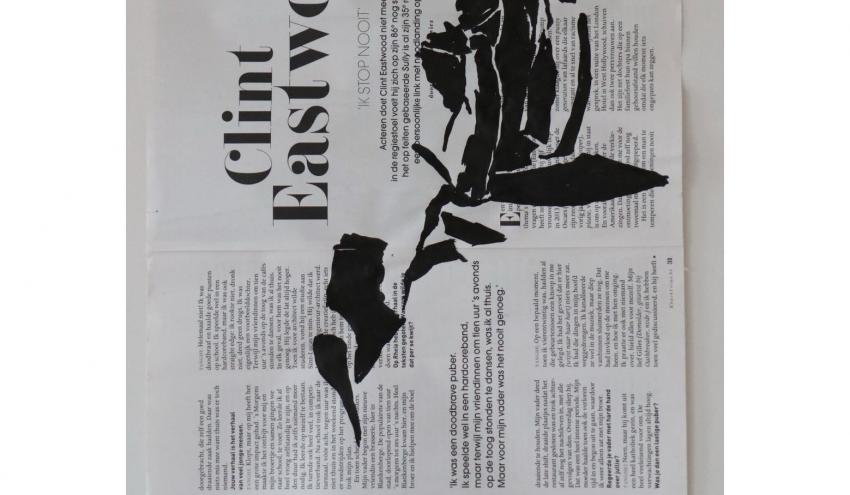 "
An interpretation of Prelude, meaning “an introduction to something more important”, would be - as a number of other aspects in Begga Vermaelen’s work - a bit of an understatement.

Indeed, a prelude, in the musical sense, may indicate the lack of a predefined solid form – but this freedom allows the artist to introduce and develop, as if rescued out of history’s dustbin, a rich and diverse cultural background in her work - ranging from renaissance frescoes to modernist graphics.

These references, though, remain subtle - understated - and play with the viewer’s eye in the shifting shades of light and incidences of meaning.
Her palette in her paintings too remains subtle and contrasts with the glued mdf to which it is applied.

In this environment she prowls around themes such as media and decay, solitude, imagining and representing nature alongside the interventions of man, …; locating them tightly composed in details and oddly angled views, in a seemingly anonymous world.

Veering between close-ups and pulled-back shots, the images make people reconsider exactly what it is they’re seeing, opening up a sometimes dark and alienating world, seemingly detached but always in attentive and hopeful light.

Begga Vermaelen’s first solo exhibition may be a prelude of more to come, but these paintings and drawings already have pride of place all in their own right.